A leading financial firm wished to modernize six customer-facing applications running on four technology stacks. A comprehensive application modernization assessment delivered an actionable roadmap to the client, enabling them to use only one Angular/Ionic-based framework for all apps. This reduced development time, costs, and improved cross-functional collaboration.

A few years ago, one of America’s oldest financial firms began the journey of digitizing its business. They created dedicated websites for their insurance business, loans, and native mobile applications for iOS and Android. Additionally, they also had a tablet application for branch kiosks.

However, with time, the firm’s frontend frameworks and development practices became outdated. This was causing performance issues and leading to inconsistent customer experiences.

After the initial success of a Security Assessment that upgraded their overall security posture, the client re-engaged our team with a bigger challenge: help them modernize all of their customer-facing apps.

Mobile devices with slower connections experienced poor performance due to the significant size of downloads.

Different teams were working out of the same codebase, reducing the scope of rapid, incremental improvements.

It was a challenge to rapidly scale the engineering team due to the specific technical requirements of each customer-facing app.

After understanding the requirements, the team suggested moving to one technology stack for all applications based on an Angular/Ionic framework. 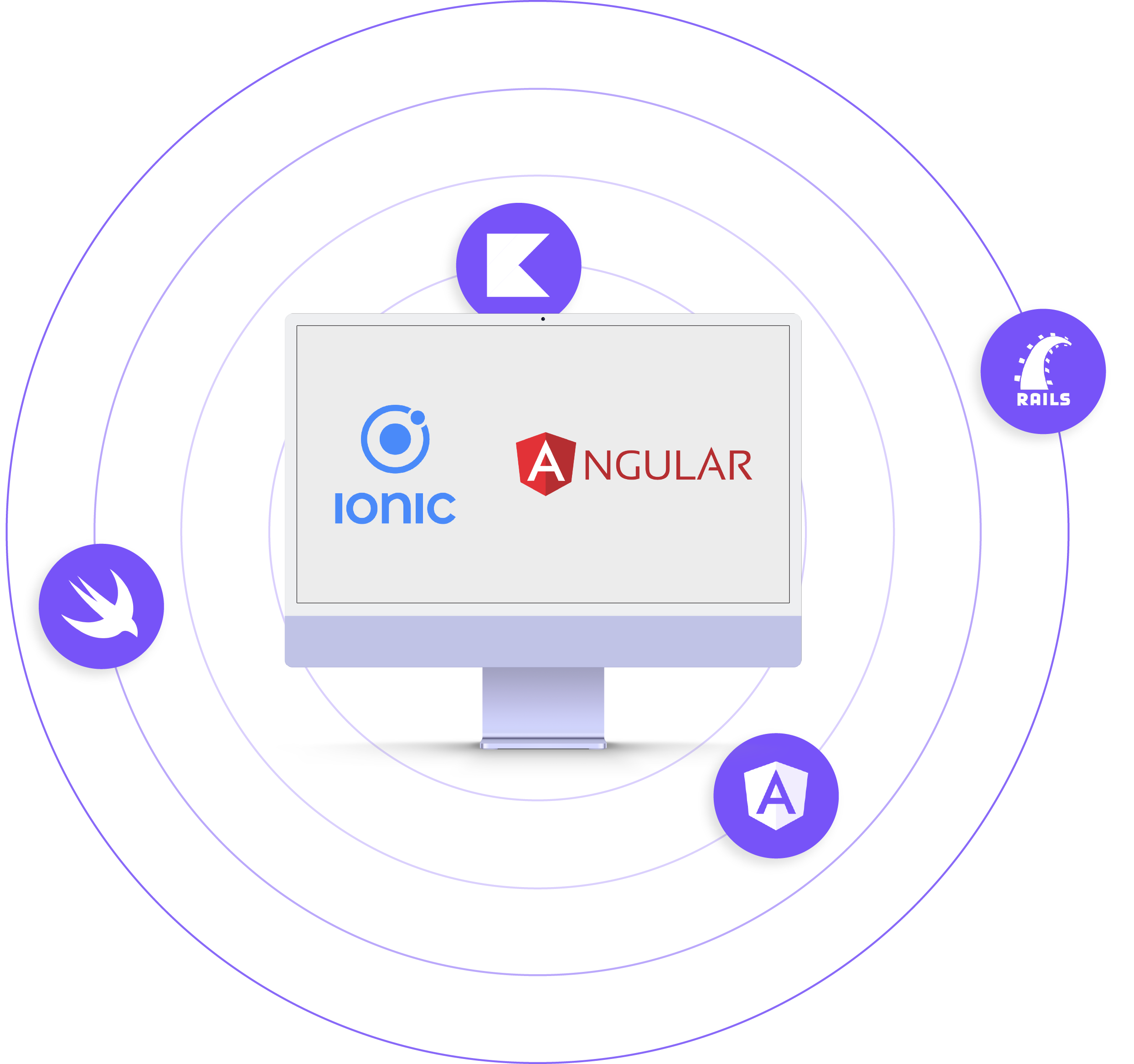 Consolidating four tech stacks into one

However, successful application modernization is never just about technology. It should cover all the three key variables of development: Product, Process, and People.

The team took a deep dive into the present state of the UX and architecture of all six customer-facing applications.

There were design deviations across different applications. For example, the tablet application looked very different from web and mobile versions. There was also considerable feature disparity between mobile and web apps. This created difficulties for customers, who complained that they had to call the office to complete transactions they expected in the mobile app, such as updating bank information.

After an exhaustive UX review, the team provided a set of actionable recommendations:

Disparate frontend technologies made it difficult for the firm’s developers to share design resources, standards, and code (components). Additionally, duplication of effort slowed the pace of delivering new features and products.

Therefore, the team suggested moving from native coding in mobile to Ionic or React Native for faster development, a unified experience, and easier integration with the website.

The firm used Ruby on Rails repository “Frontend,” which provided both backend and frontend services in a single process. There are many advantages to monoliths, but they can be more difficult to test and scale. Even if one feature fails, the entire application fails rather than just the feature, unlike a microservices-based application.

The team suggested a strategic goal to refactor the API interfaces into microservices, which would provide greater flexibility in release cycles and CI/CD isolation. Over time, these API services could be implemented using NodeJS based services. In the end, in addition to performance considerations, the financial firm would have only one technology stack serving all customer-facing apps - JavaScript.

The financial firm was already in the middle of an agile transformation. They had introduced two-week sprints and dedicated product managers for different feature lanes.

However, the agile transformation had also created a few problems. There were blindspots for the organization’s middle management that contributed to misalignment on feature prioritization. The firm was also spending excessive time in meetings to prioritize requests from different departments.

The Most Important Factor of All: People

Simplifying the tech stack of the client-facing applications meant introducing new tools and frameworks. To ease the client’s transition into a new way of working, it was important to have a plan in place to upskill and coach the existing employees.

An important reason behind suggesting Angular as a web development framework was that the Kiosk app team was proficient in it. This would allow the Kiosk team to coach others in Angular. The front-end teams within the rails app could easily adopt Angular as their tool for creating views. More importantly, this would foster a culture of cross-functional learning at the firm.

The firm was also understaffed in areas such as engineering and QA. The team’s proposed solution of a unified tech stack would help the firm fill open positions faster. It’s much easier to hire for one job description instead of six.

The assessment concluded with an actionable plan for front-end simplification. This provided the financial firm with clear next steps and priorities to implement the assessment recommendations.

Due to application modernization, any developer at the firm can now work on any of the customer-facing applications. This encourages cross-functional collaboration, knowledge sharing, and significantly reduces total development costs.

QA testers now only have to focus on one technology stack. They can consolidate unit and end-to-end testing and reuse them across all platforms (web, mobile, kiosk)

The recruitment team only has to focus on recruiting one type of developer.  They benefit from the abundance of candidates due to the extreme popularity of JavaScript. Reducing the need to hire costly specialized skill sets also decreases overall recruitment costs. 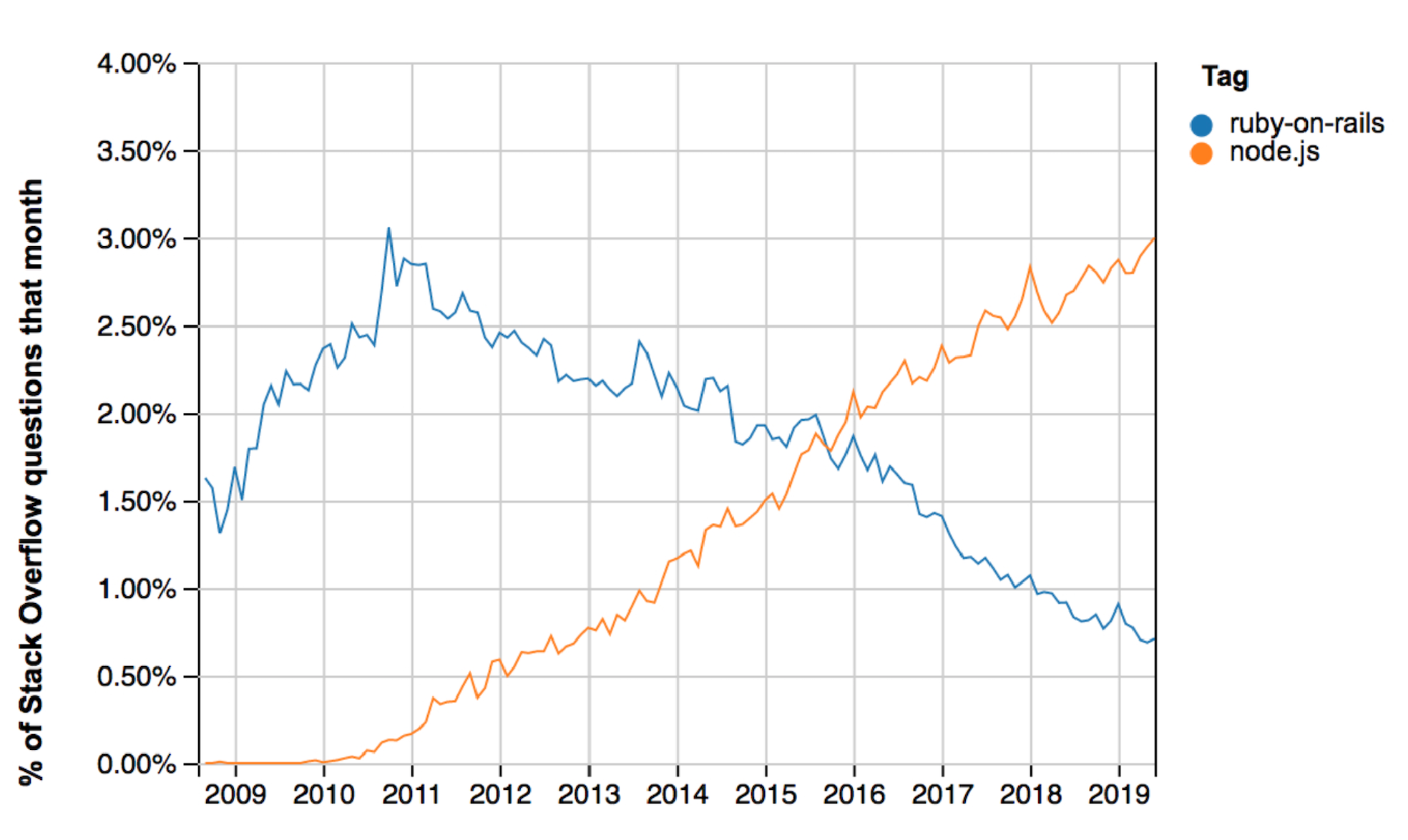 As an official partner to Ionic, Atlassian, GitHub, and other leaders in the tech space, Modus Create offers end-to-end application modernization expertise. At the end of this modernization engagement, our client was left with an actionable plan to accelerate their digital journey.